Moyer surrounds himself with some of Nashville’s most prolific songwriters on Doing Better Now:

Joe Collins (cuts by Rascal Flats, Lee Brice, Randy Travis, Billy Ray Cyrus) chimes in on Sure Felt That Way, an ear-candy, country-pop tune, and the rocking and rolling Halfway There.

Just To See The Other Side is a lively ramble, composed with Thomm Jutz (cuts by Nanci Griffith, John Prine, Marty Stuart), that rips along with Thomm’s splendid guitar work and Charlie Slavik’s harmonica.

Notes to some of the tracks:

The title track, I’m Doing Better Now, co-written with Aaron Raitiere (with several cuts on Miranda Lambert’s last album and co-writer on the searing “I’ll Never Love Again” from a Star Is Born), captivates with beautiful harmonies by Anne McCue, giving it an old-time, swing-band feel.

Broke A Lot of Mirrors, written with Ron Kimbro, is stone-cold country while Lawrenceburg takes a stroll down memory lane.

The dark and spooky Not About Nice was penned with Bob Saporiti and Denise Fussell and Snowblind is a latin-fused instrumental and spotlights country superstar Crystal Gayle’s bandleader, Jay Patten on sax.

Known as the Global Cowboy, Brent Moyer has shared the stage with many stars, played guitar for Lynn Anderson, recorded on numerous CD’s and performed on Broadway (NYC) as an actor in the Johnny Cash musical, Ring Of Fire.  Affirming his status as the Global Cowboy, he traveled to Kyrgyzstan last fall and sang his  songs at the World Nomad Games.  He has a tour in Europe starting April 26 in support of his new CD, Doing Better Now.

Please send reviews and playlists to BRAMBUS RECORDS, Berghalde, CH-8874 Mühlehorn (Switzerland), THANKS!
– we are pleased to send you more detailed infos, b/w or colour photos on request –
More information can also be found on our homepage  http://www.brambus.com
Please address E-mails to brambus@sunrise.ch for inquiries or orders. Thanks! 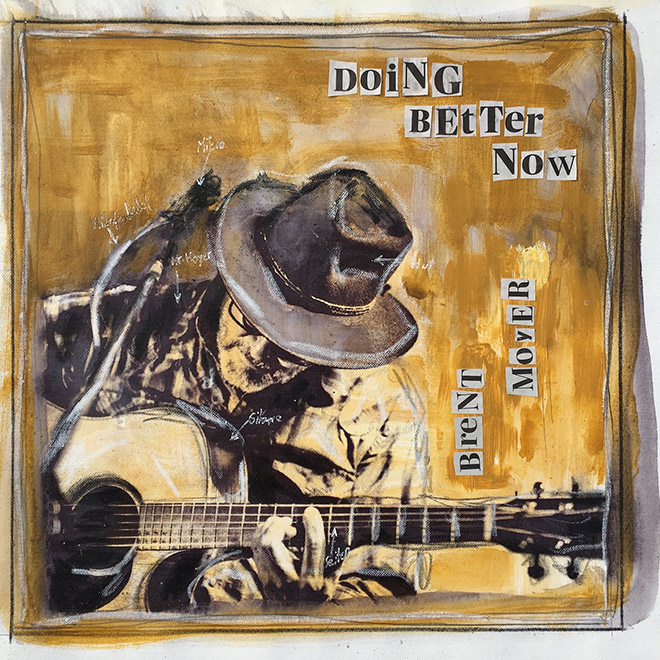