Back in the 70’s there were bands in the Wild West doing the circuit and laying it down; The Mission Mountain Wood Band, Pinto Bennett and Tarwater, Sawmill Creek, Cow Jazz…and The Brent Moyer Band.  With the captivating voices of Sam Bragdon (guitar) and Susan Carlman (piano), Tommy O’s masterful tele, the acoustic guitar wizardry of Brent Moyer and the dynamic rhythm section of Spencer Palmero (bass) and Dennis Shick (drums) from Oregon’s Blackhawk County Band, BMB was making it’s mark and gaining many loyal fans throughout the Rocky Mountain West.

“Sometime in the spring of 79, we went into the Bitterroot Recording studio in Missoula, MT, and cut some of our original songs resulting in …nothing…soon after that the band broke up.  Sam went back East, Tommy got a gig with some Arizona boys, Dennis and Spence went their own ways and Susan and I ended up in Florida picking as a duo.  The tapes were long buried in a chest full of bittersweet memories until now… I finally got them transferred to digital.  It’s a real treat to hear this after so many years.  I hope you all enjoy it as much as I do.”  Brent Moyer 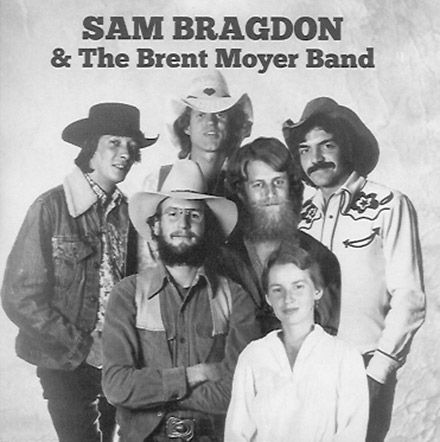 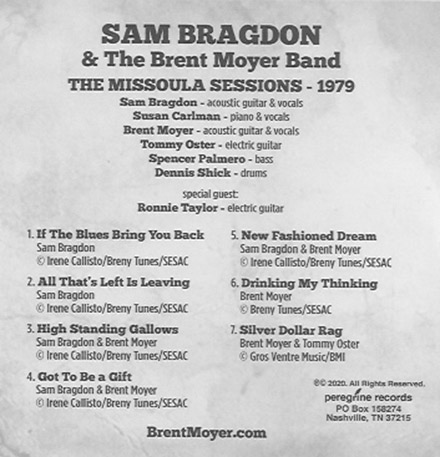 Here are a few samples of this CD – enjoy!